Michigan is the 15th best in the country for return on investment of a residential solar array. This isn’t because we produce more than 35 other states; it is because the cost of our power is so high! 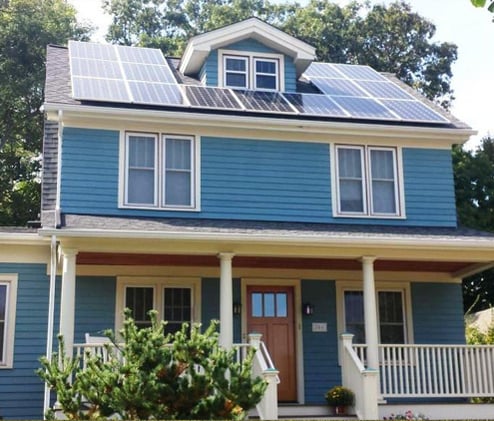 The rest have realized that there is an alternative:  they can quit paying the electric company for electricity, and instead invest it in a solar array to make their own electricity. After the system is paid for, you own it. The production warranty of the panels is 25 years, and it should produce electricity for 40 years.

Bottom Line: homeowners that switch to solar save tens of thousands of dollars, and don’t have to worry about rising energy costs.

The Many Benefits of Solar

Solar increases the value of your home and makes it more marketable, especially with a Pearl Certification. Adding solar panels to your roof shades it and can extend the life of your roof.

Adding solar to the grid helps stabilize the grid during periods of high usage. This can help to prevent power outages. Since the electric companies share the production of electricity with homeowners’ solar arrays, their plants don’t have to work so hard, thus they use less fossil fuel to produce energy and that helps the planet!

Have you heard about Distributed Generation with DTE?

If the power from the electric company goes out and you have a grid-tied solar array without batteries, the system shuts down too. This is so utility people working on power lines don’t accidentally get electrocuted when they make repairs.

If you want to ensure you have power when the electricity from the power company goes out, Michigan Solar Solutions can install a battery back-up for you.

Solar Power Your Home and Back It Up with a Battery

As a full-service solar installer since 2007, Michigan Solar Solutions (MSS) has installed hundreds of solar arrays across the state. We have more 5-Star ratings online than all of our competition combined, which means we probably have a happy customer near you. MSS has an A+ rating with the Better Business Bureau, and the Sierra Club of Michigan vetted us as a company their members can trust. We have factory trained and certified staff and are one of the few companies in Michigan with a fully staffed service department with remote monitoring capabilities.

Why do homeowners choose our company? We think it is because we do business based on the golden rule: we treat you like we would want to be treated.

Michigan Solar Solutions provides a free solar analysis to let you see if solar is right for you by providing your electricity bill. Follow this guide to easily access your electric bill. We visit your home when you request us to, and we promise to NEVER ‘high pressure’ sell you anything. We are here to help YOU and will make going solar easy with a complete turn-key system. We handle everything for you and provide free monitoring for the life of your system!