How to Select the Best Solar Inverter for Your Solar Project

Planning a solar project has many facets and fine points to consider. From layout design to module selection, every choice will determine the value that is ultimately derived. In this blog we will address how to select an inverter type that will bring the most value for your project.

What are solar inverters?

Inverters are devices that “invert” the direct current (DC) energy generated by the solar panel to alternating current (AC) electricity that the grid and your home or building runs on. Inverters are a staple in all grid-tied systems, but their functionality, space requirements, and warranty characteristics vary depending on the type you choose. Having a basic knowledge of these industry offerings will help you achieve the highest value for your project.

Before we examine the types of inverters available for residential and commercial installs here are some definitions you should become acquainted with:

Anti-Islanding / Grid-Tied Inverters - These are inverters that cannot put out their own AC sine wave but rather they mirror the grid’s AC sine wave and only work when utility power exists.

Multimodal Inverters - Sometimes called Bimodal Inverters, can operate in parallel with the grid and they can also put out their own AC sine wave if the grid goes down - these are most commonly used with battery backup.

Hybrid Inverters - Such inverters allow for integration with more than one power source. For example, a propane or natural gas generator can be connected to a hybrid inverter when the solar array cannot output enough to meet loads or when batteries have been fully depleted.

Now that we know a little bit about what inverters are capable of, let's look at the three largest categories for residential and commercial application: String Inverters, Power Optimizer Inverters and Micro Inverters. 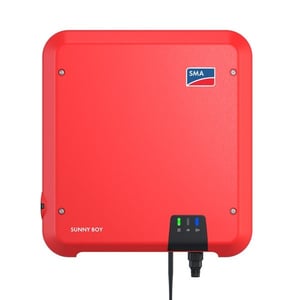 String inverters have a large potential impact from shade, soiling and module mismatch. They are best suited for unshaded, ground mount applications or commercial rooftop applications.

An example of a common string inverter on the market is a SMA Sunny Boy (right). Standard grid-tied string inverters will drive the cheapest cost for an install.

Other examples include Sol Ark and Outback inverters. These Multimodal & Hybrid inverters offer unique robustness for storage applications and give the option to install solar now and a battery later, AC or DC coupled. 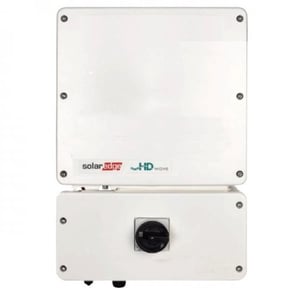 Power optimizers are DC to DC connectors that optimize voltage and current. This bolsters production as compared to standard string inverters and reduces the impact from shading. Power optimizers also comply with the rapid shutdown requirement for rooftop systems. 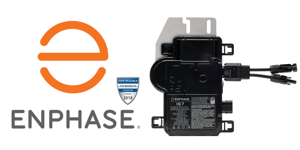 Micro-Inverters are applied under each solar module, inverting on the roof as opposed to at a central inverter, most commonly near the utility meter. This negates the need for space to hang the central inverter, a commonly overlooked benefit. A good example are Enphase micro-inverters.

All UL listed inverters on the market today include:

In summary, inverter selection is an important determination in order to get the most value out of your solar system. Each type will offer different value streams, bells and whistles, but they all accomplish the same task of transforming DC power to AC. While there are many important considerations when selecting your system’s inverter, you can rest assured Michigan Solar Solutions will help you design the best solution for you. Not sure what inverter selection is best for you? Give us a call at (248) 923-3456.

If you or another business is interested in having an undeniable impact on your triple bottom line give us a call for a free consultation to see if solar is right for you! Call (248) 923-3456 or request a Free Online Solar Analysis for Your Business. 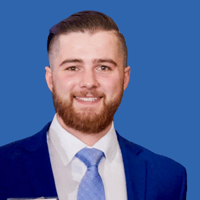 John graduated from Xavier University in ’17 with a degree in Sustainability; Economics and Management and a Minor in Environmental Studies. John represents MSS as a professional stakeholder in the Detroit 2030 District and as a member of the Detroit Green Task Force. 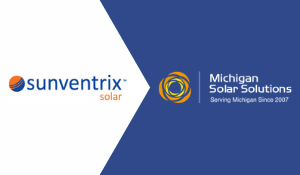 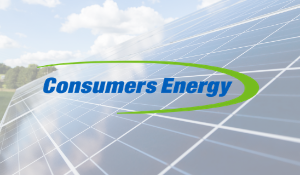 January 11 2021
If you have been considering solar for your home or business served by Consumers Energy or follow the Michigan solar market, you may be aware that in late November Consumers Energy hit their program “cap” for...
Read More... 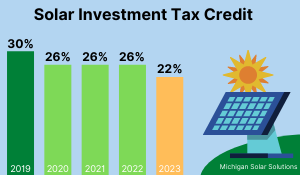 2021 Solar Investment Tax Credit: What You Need to Know

January 4 2021
With the increase in green technology and awareness about climate change, it’s no surprise that the general enthusiasm for solar power in homes and businesses is on the rise. According to the Solar Energy Industries...
Read More...