Michigan Solar Solutions wants to help homeowners to understand the value of having an emergency power system. The story below is meant to help homeowners understand what options are available and what benefits each option offers. As evening approached, the sky darkened, and the wind picked up.  Before long, the dark storm clouds started to twist and turn.  Heavy rain turned into hail as families returned to their homes for shelter. Without warning, the comfortable spring day had turned into a frightening storm. Homeowners were unaware the storm was coming and would be forced to depend on whatever preparations they had made ahead of time. The storm resulted in an extended power outage.  Food in the fridge soon spoiled, water pumped from wells wasn’t unavailable and already dying cell phones lasted a short time. Many were forced to retreat to nearby hotels, but some members of this community were prepared to varying degrees.

One family anticipated the stormy season would be a hard one and decided to invest in a stockpile of battery powered flashlights, fans and radios. They could keep lights on, stay informed, and be comfortable while they weathered the storm.  However, as the food in their refrigerator began to spoil and the water from their well ran out, they were forced to relocate until the power was restored. Their next-door neighbors were better prepared, having installed a backup generator.  They turned on the generator and continued normally. The family didn’t mind the hum of the generator, even if their neighbors were less than pleased.  Their well pump stayed on, their refrigerator continued to run, and they felt safe during the storm.  However, the generator only had enough fuel for one night. They were forced to brave the aftermath of the storm and the long lines at the fueling station to keep the generator running.  Most power outages only last a few hours or days, but what if the repairs to the power lines took longer?  What if they couldn’t get more fuel?  They too would be forced to abandon the comfort of their home until the power was restored. Another family took a different approach:  They invested in solar power a couple years back and decided it was time they took full advantage of their system by adding battery capacity.  Their original solar power system was grid-tied, meaning it would only operate when the electric grid was up and running. This was great for offsetting their electrical bill, but it left them in the dark during an outage.

Adding battery capacity allowed their emergency power system to continue operating during a power outage while still offsetting their electrical bill whenever the grid was up and running. This combination of battery backup and grid-tied solar power is called a grid-hybrid. With their new grid-hybrid system, they didn’t have to worry about getting out to purchase fuel for a generator or waiting anxiously for the power lines to be repaired.  Instead, their critical loads continued to operate normally, solar power during the day recharged the batteries and they could remain in their home until the power lines could be repaired. Having an emergency plan is important for your family’s safety. Don’t forget to have an emergency power plan as well, to ensure your access to fresh food, clean water, and vital communication during the stormy season!  Stay safe! 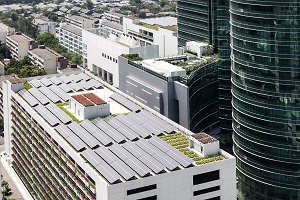 July 23 2020
Net Zero Energy building is an up and coming trend. To be considered Net Zero, commercial buildings and homes must be built and/or restored so their annual energy consumption is equal to their annual onsite energy...
Read More... 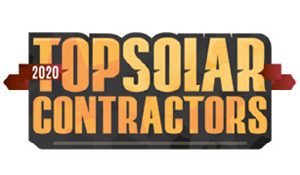 July 22 2020
COMMERCE, MICHIGAN, JULY 22, 2020—Although the COVID-19 pandemic is the immediate crisis unfolding at the moment, mitigating climate change is also an urgent issue. Solar PV installation is one way to help reduce...
Read More...

July 17 2020
A firm’s tax position can make or break its success any given year making it an important consideration when examining the firm’s strategic plan. From the firm’s point of view, tax credits and deductions are used to...
Read More...

July 12 2020
While businesses and homes often invest in solar power, less frequent customers like owners of multi-family buildings are also well-suited for renewable energy. These include apartments, condos, duplexes, townhomes, and...
Read More...